Tenacity: Spaceship on a marineship

By Julian de Vries and Sara S. from Finland

What a location! HNLMS Mercuur is a former Royal Dutch Navy minesweeper, and certainly makes me giddy with excitement from the moment an elderly museum worker invites me to step on deck. Built in Wisconsin in the 1950s, the 53-meter long Mercuur and its complement of over 60 people used to locate mines and support and supply submarines. After decommissioning in 1987, the ship was preserved as a museum ship and is now docked and open for visitors in the small Dutch city of Vlissingen.

But today, the tourists aren’t allowed in. The museum worker tells me my friends are in the mess hall and kindly shows me inside, and I get the feeling he’s a tiny bit excited himself. The corridors are narrow, and there are levers, buttons, handles, measurement equipment, old communication devices and little signs everywhere – and we’re allowed to play with pretty much all of it.

For a military nurse-cum-engineer, much of the game is spent going up and down the steep staircases and through the hatches that connect the different decks. Up and down I climb, between the bottom deck’s weapons bay and med bay (fully equipped with everything from intubation tubes and thermal blankets to the vintage dentist’s chair of nightmares), and the mess hall and engine room on the second level. Sometimes, I have business all the way up in the communications and navigations level or even on the small bridge, located on the very top, where the blocked black windows hide the sunny Dutch scenery surrounding us. The very gentle movement of the docked ship and the sound effects played over the speakers add to the immersive atmosphere.

All the Dutch players here are part of a larger series of events organised by the Frontier crew and are quite well acquainted with the world of EOS. I have now spent the two-hour train ride from Rotterdam going over some of the key materials on the Frontier website: there are a lot available, but most of them are not really necessary for this event. In essence, we’re all residents of the more or less democratic and bureaucracy-heavy republic of Aquila, with technology perhaps at par with the world of Battlestar Galactica. And we are fighting a desperate war against the arch nemesis, the Dugo Empire.

Some thought has clearly been given to building an inclusive, player-vs-environment-style event, where the design invites you to include others in what you’re doing. While the Frontier website contains a breathtakingly long manual of rules that I will admit makes me feel a tinge of despair (I’m from the North, after all), none of them really apply to this setting, and you don’t need to know any of them to take part in this event. The game mechanics let you stay in character all through the game and guide you to find your way to manage your duties: after all, your character is just as confused as you are, as they try to navigate their first day on a brand new type of space ship with a brand new type of IT system.

To accomplish missions, the ship’s crew must perform series of duties. For example, when the captain decides to begin an attack, and the bridge officers select the appropriate actions on their terminal, we at weapons control see a message blinking on our laptop. Swiping our ID cards, we login to start the task at hand, such as loading the torpedoes, and then physically go to the torpedo bay to flip some switches and pull a few levers to “accomplish” the task. While uncoupled with the physical levers and buttons of the museum ship, the IT system, based on the ID logins, will know when the players have actually undertaken the task. A few minutes after the logins, the system marks the task as accomplished, and then automatically moves on to prompt the players to start the next step of the protocol – say, by blinking the “launch torpedoes” option on the bridge terminal. The programme is straight-forward and any glitches are quite easily fixed by “tech support”, or GM’s in semi-npc roles, who also keep an eye on us through the webcams and can improvise all sorts of events to create good drama.

Overall, communication through ship-wide announcements and walkie-talkies works fairly well, although much of the time many of the ship’s crew, myself included, don’t quite know the bigger picture of what’s going on (or even, when would be a good time to get a cup of coffee, instead of waiting for something to pop up on your screen). Still, I don’t mind the “hurry up and wait”: I’m here to play military personnel, after all.

There are some conflicts between characters, and the welcoming, helpful and relaxed attitude of the GMs and players makes those feel like a safe experience. While the game mechanics themselves do not require players to switch off their characters, I am sometimes slightly confused by players interacting out-of-character during the less hectic moments. One of the museum workers, who’s enjoying the sun out on the main deck, even brings his excited grandson on board, but who cares: we might as well call him the cabin boy, for lack of better explanation of why a preadolescent would wander into the weapons bay.

From a Finnish point of view, if there’s something I would push even further to get a deeper and more meaningful experience, it’s character development and the message of the story. Unlike in a lot of Dutch events, the characters are pre-written, and from my perspective, the 1.5-page character description is quite loose. After a story about the previous, tragic mission and the professional identity crisis that followed, my description lists three contacts, described in a few sentences, and a few general ideas of what my character might want to do during her first day on the new ship. Each player is free to develop their character further of course, and during the hour or two of informal socialising before the event starts, we briefly go over who’s playing whom. Still, for the feelings and interpersonal conflicts of a one-day, one-shot character to really touch me, I think I would need to have developed nurse Nerilla and her bonds with her four long-term crewmates further.

Overall, Tenacity is a fun experience. I know many people tend to explain why they play along the lines of: “Have you ever read a book or seen a movie and then really, really wished you could just enter that setting for even a day? Well, that’s what these events are, they’re your portal”. If you haven’t, you should watch Battlestar Galactica, where the ageing crew hurry to restore the old exhibits of the museum ship back to working condition when a terrible battle for survival breaks out. It’s touching, and exciting, and I think that’s what I feel on Mercuur, when it wakes from its museum slumber and comes alive everywhere around us: Tenacity is definitely a portal.

Disclaimer: If you have no interest in designers thoughts and want to show interest in coming to a possible international run, you can do so at the bottom of this article.

The central idea of the event is to give the players a very specific ‘tank feel’ in space. In modern tanks there are no windows and crews have described the experience of being ‘out of touch’ with the reality just on the other side of the metal that surrounds them. That is the feel we are trying to create with this event.

The idea germinated on the previous event we did on the Mercuur called: Dauntless. At Dauntless we experienced the feel of all that military metal around you for the first time. It creates an indescribable feeling.

As an organization we feel that the most important prop is our location: You just cannot recreate that feeling of metal shaped around you for maximum efficiency.

From the tiny ways like the way we serve dinner and lunch to climbing the stairs and all that old machinery that you can roleplay with. Even with all the money in the world, recreating that ‘lived in’ military metal would simply not be possible. If we have achieved this core tenet anywhere, it is on this event.

From a style perspective I was looking to combine the Romanesque style with their focus on prewritten characters with a drama-focus on trauma of war and the Bounce style (a newer dutch style, to quote Sara: “Inclusive, player-vs-environment-style event, where the design invites you to include others in what you’re doing.” -Sara S.).

Reasons for this style combination

First, as a builder, I love to mix and match different styles to create the events and experiences that I want to build. Tenacity already holds a special place in my heart, because I was really curious about this specific combination of Romanesque and Bounce.

Both Romanesque and Bounce are not resolution driven styles, which in my mind made them either a perfect pairing of styles, or an absolute demon of the abyss. I was extremely curious to see what the result would be if we combined these styles.

Questions to be answered

Would the Romensque’s penchant to create high drama completely obliterate Bounce’s  penchant to create cohesion and cooperation? Or would the Bounce style eventually overcome the dysfunction to create a successfully run ‘tank.’ (and yes, I am fully aware I stacked the deck against Bounce by aiming for the ‘in the dark in a metal box’-feel.)

Personally I would love to do an international run. See if we can sharpen the Romanesque character concepts and see how this clash of styles would turn out with players that come from different cultural backgrounds. We would need to see if there is enough international interest in a rerun. If you are interested for a run say beginning of next year, you can signal your interest for an international run here.

See you on board!

“I do not wish to bend reality to my will, I want to build it with you.” 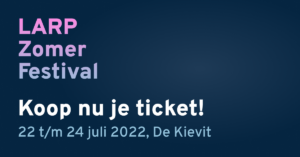 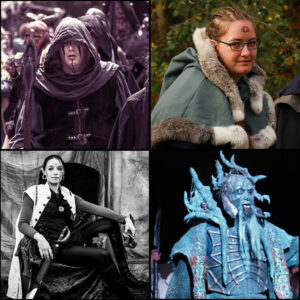 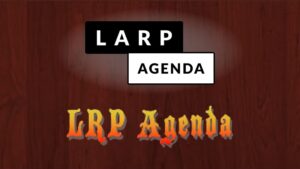 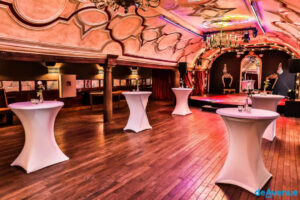